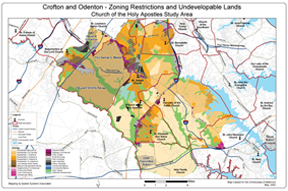 Although GIS technology has been around for over 30 years, only a relatively small percentage of those organizations who could benefit from it have begun the implementation process. While most Federal agencies and State offices have at some level been introduced to GIS, many of the offices within these organizations are still watching from the sidelines. At the County and Municipal level of local government, typically only the most affluent have had the opportunity to introduce GIS technology to their daily workflow. Most major utilities, but not many smaller ones, have thus far been able to make productive use of GIS. At the commercial and general public level, most organizations are using GIS only to facilitate travel.

FMIS technology has been around for a similar time frame, but nearly all FMIS systems lack a spatial component that facilitates visualization of the functions and data contained in the system. It turns out that the fundamentals of GIS technology provide a unique and valuable addition to the basic functionality of traditional FMIS implementations. Further, FMIS implementations utilizing spatial technology offer the ability to integrate inputs from Building Automation Systems—systems that control many of the operational costs of the infrastructure.

Principals at SSA have been involved in the productive implementation of these technologies for over 20 years. Why has it taken so long for the technology to become more commonly used? Effective use of GIS and FMIS requires hardware, software, and data that is integrated into the daily workflow of the organization. The hardware used today is most likely a windows-based desktop or a browser to the internet—common technology in almost any home. The software required can be expensive and in the past has certainly been a challenge to learn to use. But the availability of internet-based GIS and FMIS solutions for a decade now has begun to lessen the software cost and has improved the user-friendliness of the technology. Data—the lifeblood of these systems—has been getting developed in compatible formats for almost 20 years.

So, what is holding up the acceptance of these technologies? In most organizations a business case has to be made to spend the dollars necessary and to perhaps change the way business is done. This is the purpose of a needs analysis/cost benefit study. The prospective user organization should be evaluated from the perspective of how a system would become incorporated into the workflow, and how the use of such a system would improve that workflow. It requires a series of interviews with existing staff for the consultant to come to understand the responsibilities of the offices within the organization, how they interact with one another, what data is used, what format it is in, what existing applications need to be incorporated, and how these technologies can be brought to bear to the benefit of the organization. Then a case needs to be presented to management regarding the cost/benefit of implementation of such a system, and budgets need to be allocated accordingly.

Spatial Systems senior staff has been performing these types of studies since the early 1990's. Further, since SSA has been implementing this technology since 1995, we are very familiar with what has and has not worked for similar organizations in the past. We invite you to contact us for a preliminary discussion of how our experience and expertise can benefit your management and staff in deciding whether, when, and how GIS and FMIS technology should be introduced into your organization.